Up to 15 people had to help drag it from the ocean at Perranporth before a local pub picked it up by tractor, ready to be recycled.

So-called ghost nets have been left or lost in the sea by fishermen, posing a risk to wildlife and the environment.

Jack Bradshaw from The Watering Hole pub, which looks after the beach, said: "It was easily half a tonne."

"It was hard to tell how long it was, though, as it was so folded up. Outstretched it could have been over 100ft." 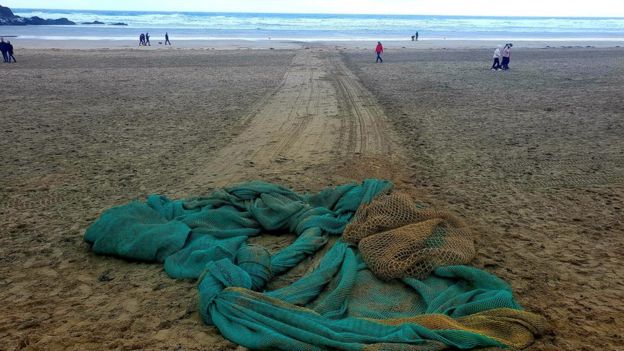 Image copyrightJON HICKSImage captionThe net, which washed up on Perranporth beach, was estimated to weigh half a tonne

More news and stories from across Devon and Cornwall.

Jon Hicks, who was visiting the area from Plymouth, was among those who pulled the net from the water on Sunday.

"I'm not sure how much it weighed but it took about 10 to 15 people to drag it up the beach," he said. "I've never seen a net that big washed up before."

The net will be collected by volunteers from the Ocean Recovery Project, which supports beach clean groups and the fishing community by recycling marine plastic throughout Devon and Cornwall. 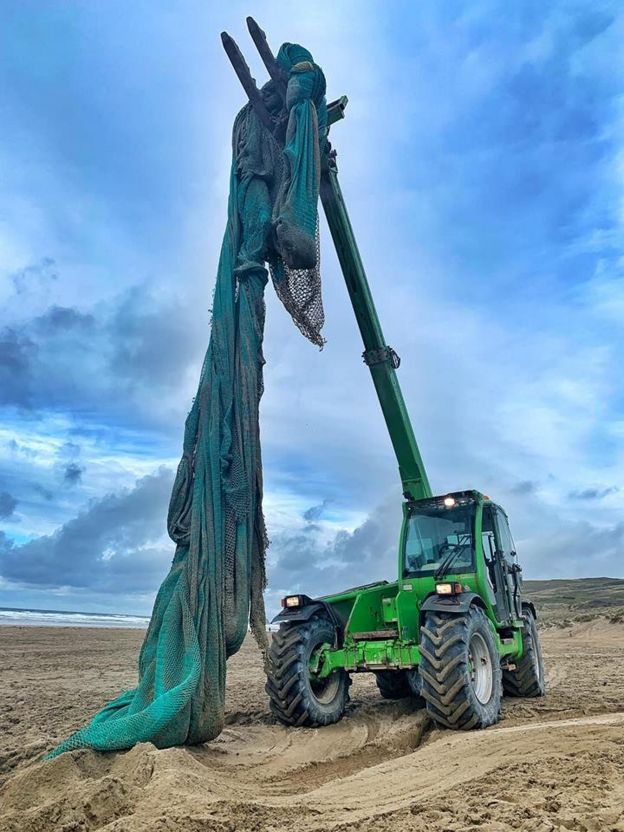 The United Nations Environment Programme (UNEP) and the Food and Agriculture Organization of the United Nations (FAO) estimate that Each year 640,000 tonnes of fishing gear is left in oceans.

"The problem is that the lost gear continues to catch marine life," said a spokesperson for the charity Ghost Fishing UK, whose volunteer scuba divers are dedicated to cleaning up ghost nets from the sea.

"Animals die needlessly as those trapped in ghost gear become bait for larger animals and the cycle continues." 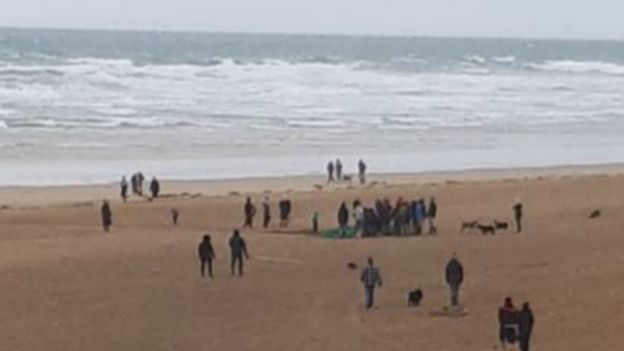